While Amritsar is know for Golden Temple , Chola Kulcha’s  and Beating Retreat Ceremony at Wagah Border‎ . We also planned our trip around these places to coverin or 2 days trip in Jan 2017 .  But one place which probably every Indian or every human must go to is Jallianwala Bagh for the history behind this place .

For People , who are unaware of the significance of this place in INDIAN HISTORY and why it always found it’s mention in India’s Independence moment . Small background details :

Incident : General R.E.H. Dyer.  ( British Army ) ordered 50 armed soldiers to open fire without warning on a gathering which was suspected to be unauthorised political gathering , while in reality  most of them in crowd were unaware of and were actually there to celebrate ” Baisakhi ” .  The entire park was surrounded and all exit was closed by soldiers . In the kiosk caused by firing of bullets , many were crushed and few even jumped in an well with their kids . The List of Martyr’s  included  unarmed women ,  innocent children and  even senior citizens .

Result : Black Day in History of Humanity which makes us realize that unfortunately HUMAN is the biggest enemy of Human . So in the vicinity of GOLDEN Temple where people bow their head to seek blessing of “Guru Gobind Singh ” , they also visit this place to pay their homage to those unfortunate people and prey for their souls .

Present :  The Jallianwala bagh ,  6.5 acre  massacre  site  has been converted into a garden and houses a memorial  namely” Flame of Liberty ” established in 1951 by the Indian Govt. 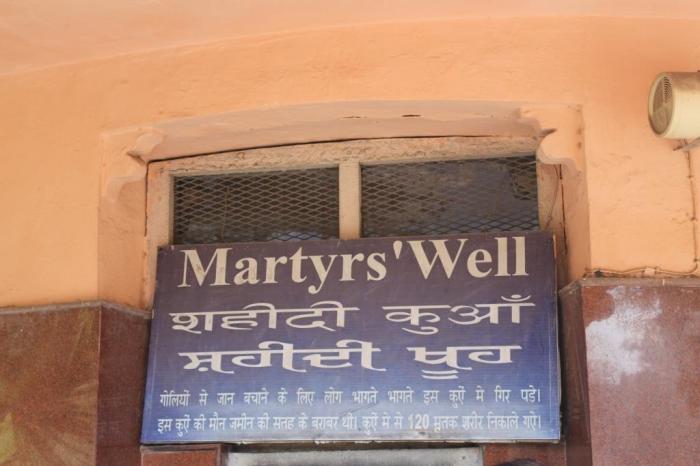