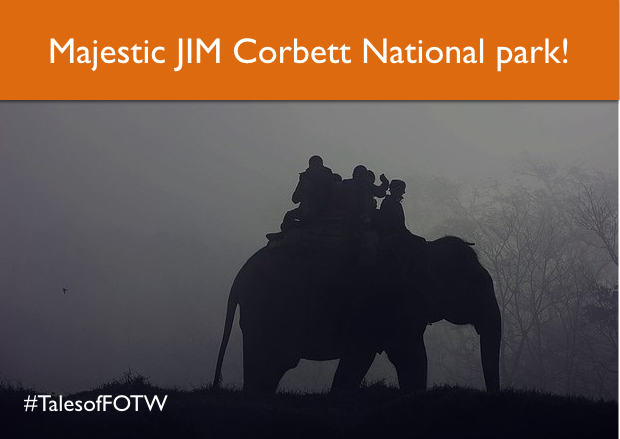 The history of being the first national park to be established in mainland Asia was enchanting. The writings of Conservation specialist JIM CORBETT was exquisite. To experience this uniqueness of the landscapes, we planned a 2 day visit to Jim Corbett national park. We chose not to go for the sprawling luxurious resorts, but to spend the calm & fascinating time inside the Jungle at one of the Forest Rest Houses (Bijrani).

The early mornings of December gave us a chill, but soon relaxed with the sun emerging out giving us warmth.This beautiful park was established long way back in 1936, lying in the hilly state of Uttarakhand in northern India ,covering apprx. 1288 SqKm for “Corbett Tiger Reserve”. 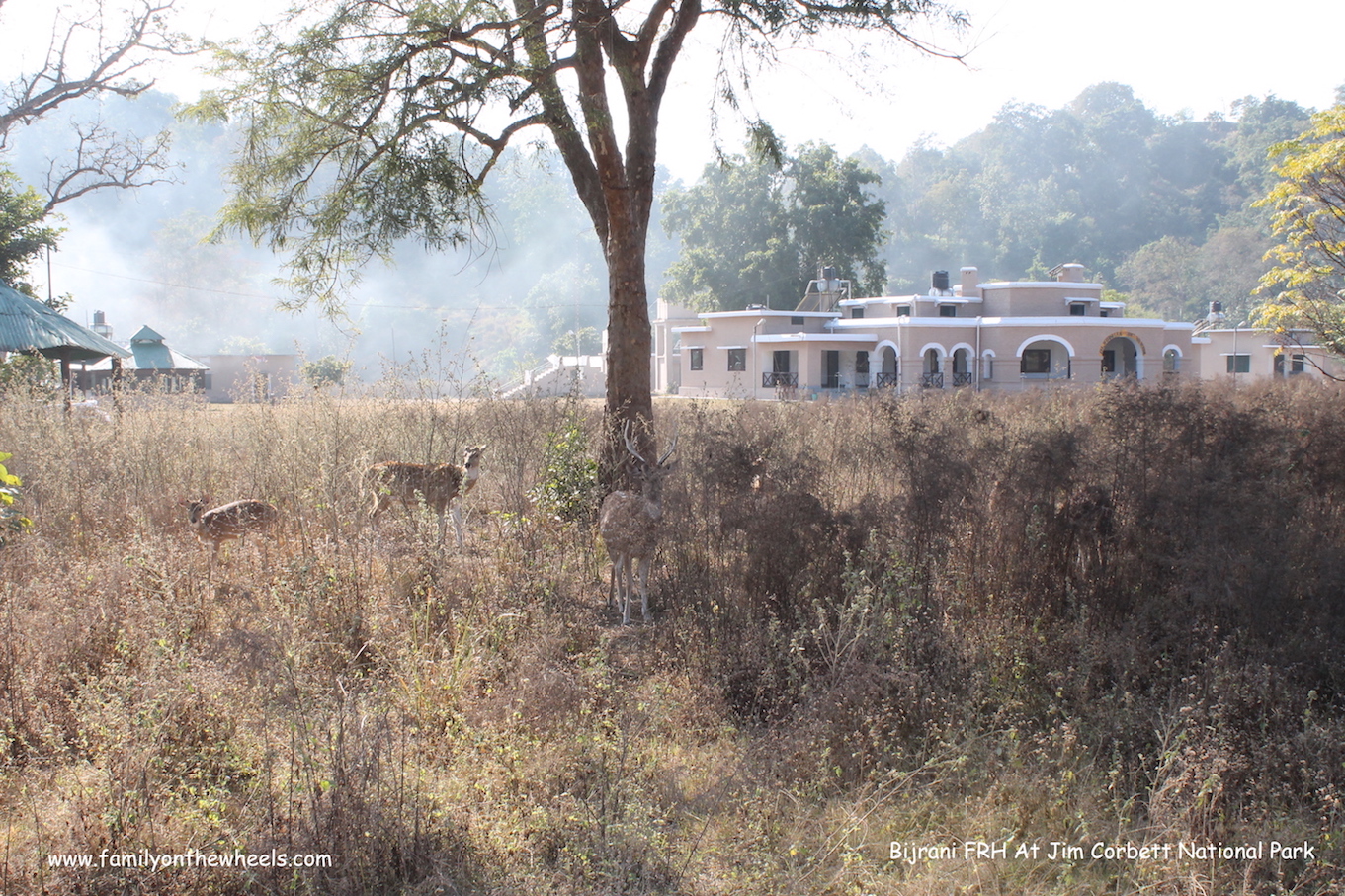 Entry into the park till our FRH showed us glimpse of the most vivid mosaics, wet and dry, plain and mountainous, dense forests and grasslands of this Jungle. We took an hour of rest at FRH(some 11Km inside the jungle ). It was beautifully made with basic facilities, powered by solar lights, fenced around with electric wires, to get a sense of thrill of being inside Jungle. It was followed by delicious home-made food served with great hospitality in the FRH premises itself.

We had an hour left to start our Jungle Safari, hence we took to read our favourite novels, relaxing & absorbing ample Vitamin D in the grassland. We had planned for 3 safari’s to get the best of landscapes and spot wild animals and birds. This reserve also allows an Elephant safari inside the Jungle.

The first round of Safari in Jim Corbett – Bijrani Zone

At 1:00pm we started for our very first round of Jungle trip, in the gypsy hired. It’s not just the avid feeling of spotting the wild but also praising amazing landscapes of the dense Jungle. Huge 35m long “Sal trees”,(probability to spot rarest of the leopards on the huge branches), majestic foliages, vast grasslands and rocky terrains kept us amazed & laden with praises all over. 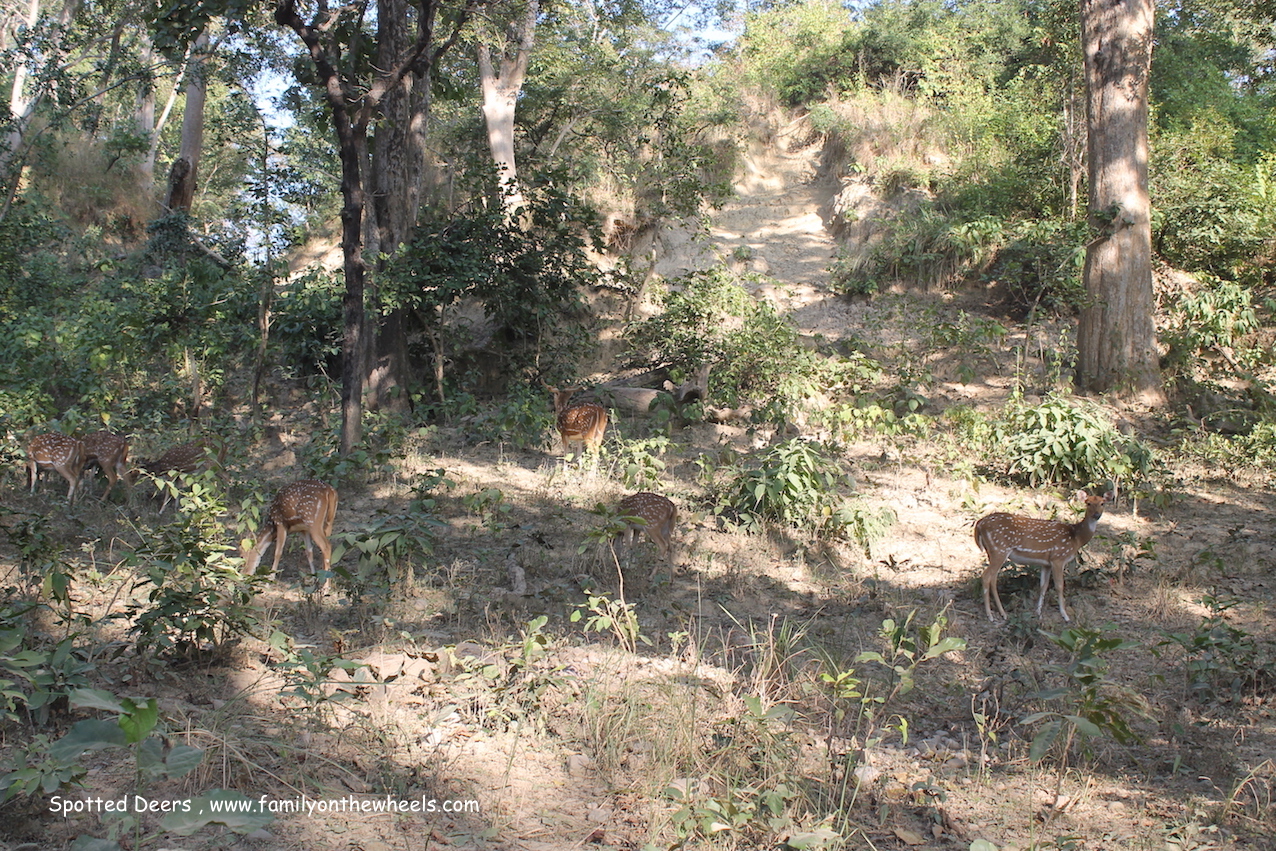 So the first round of 3.5hr long gypsy ride in BIJRANI Zone began with group of Spotted deers. The most common deer species ,with beautiful white spots on its reddish-brown body. Only “Male Chital” have antlers (some even 1mt. in length), which are shed periodically. The onset of new antlers is seen as a velvet covering, which when rubbed gets shed off & forms robust antlers .

As we moved deep inside, the big paws (Pug Marks) of Tiger became evident at some locations. We came to know that just 4 months back a tigress had given birth to 4 cubs. Since then the tigress was seen more towards the periphery & grassland area of the forest to protect the cubs from Male Tiger of the territory. This piece of info made us more curious to locate the wild at any cost.

Immense craving, eyes starring, sometimes up on the trees, sometimes in the deep bushes, spreading across the “Chaurs”, on the Machan’s (savanna grasslands type), it was a terrific search of the wild. 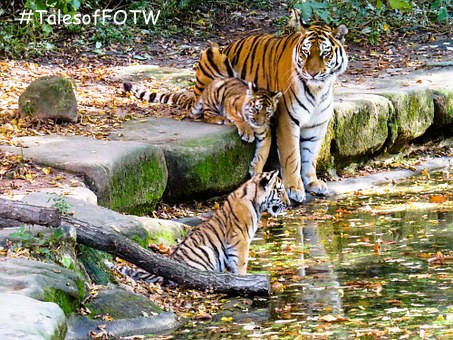 Hard to believe & see, aghast, we saw the majestic creature gushing from the deep forest getting charged. He was surrounded by the roaring tigress & her cubs staring at the tourists. No one could have assumed that these were 4 month old cubs, they already seemed fully grown tigers. They were ready to attack the elephant from the back, as the elephant can easily counter the attack from the trunk. Our jaw dropped at the scene as elephant rotated 360 degrees in panic. 2 adults with 2 children on the elephant, along with us at a distance of some 20 ft. away panicked as the balance of the elephant dripped to save the attack. I saw their kids trembling and one of them even began to cry. Just a fraction of some 10-20 more seconds & the tigress family revoked the attack. They moved away from the Elephant and mahout was relieved.

OMG!! All this cropped up in hardly 30-40 seconds. Elephant passing through the bushes, the tigress family readying for the attack, the elephant turning 360 degree to counter attack, tigress leaving the spot on her own. Gosh! we could barely believe our eyes and minds, as the incident hovered around. We had never expected to see such an encounter & we rushed our gypsy & kept on panicking all through. A big big thrill had welcomed us & made us fall in love with this Park.

Due to the fresh attack, we returned back. The nature was kind enough to greet kingfisher’s, Hawk eagle’s, Red Jungle Peafowl and few other avifauna.This forest encompasses some 700-800 bird species, including migratory birds.

Full evening was marked by sharing the spine-tingling experience to the other mates of FRH until the night had fallen. It was such a beautiful starry night. With no lights in the surroundings made Milky way spotting so crystal clear. The great Seven Sisters – Big Dipper & Small Dippers, Sirius (the brightest of all the stars),Planet Venus and Mars, all of these spotting’s filled us with sheer joy.

By 10pm, we cuddled in the cold black starry night in the blankets. Later in the night, we could hear roaring of various nocturnal animals. But a sudden cry & roar at around 4am in the morning shivered me. In the morning guards told me that, It was an Asiatic Jackal (purely nocturnal)who had attacked its favorite prey(Barking Deer) just adjacent to the FRH electric periphery. Wow, what a night that was! 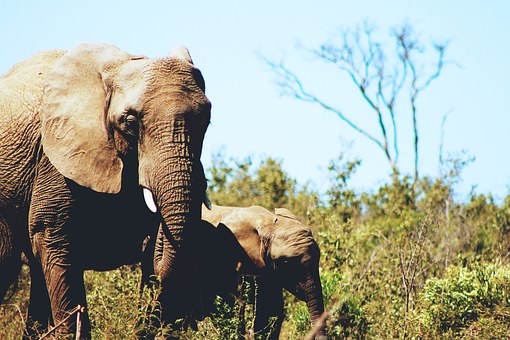 Morning was marked with the onset of second gypsy foray into the jungle. A day before’s prediction took all the 3 gypsy’s of FRH to a common point wherein the pug marks of the tigress & her cubs were found. Continuous calls from Sambhar(Deer) made all the jeeps silent. We stood & waited for the sightings from the dense bushes. The alarm calls went continuously for nearly an hour but we failed to spot the tiger and decided to move from the spot & roam around in search of other wilds. Lone gypsy moving inside & spotting the huge foot marks and droppings, that of wild elephants made us ecstatic again. We heard a catastrophic sound from the very dense forest, tearing apart tress, signalling the presence of 2 elephants. We stopped and stood on the Gypsy and there from the bushes we saw a baby elephant emerging along with her Mama or Daddy. They were calm and it seemed they were in a playful mood. We got some 2-3 minutes to love these creatures before they vanished in the dense forests.

Post returning back, we decided to take an elephant safari at 3pm for the last round of our trip. 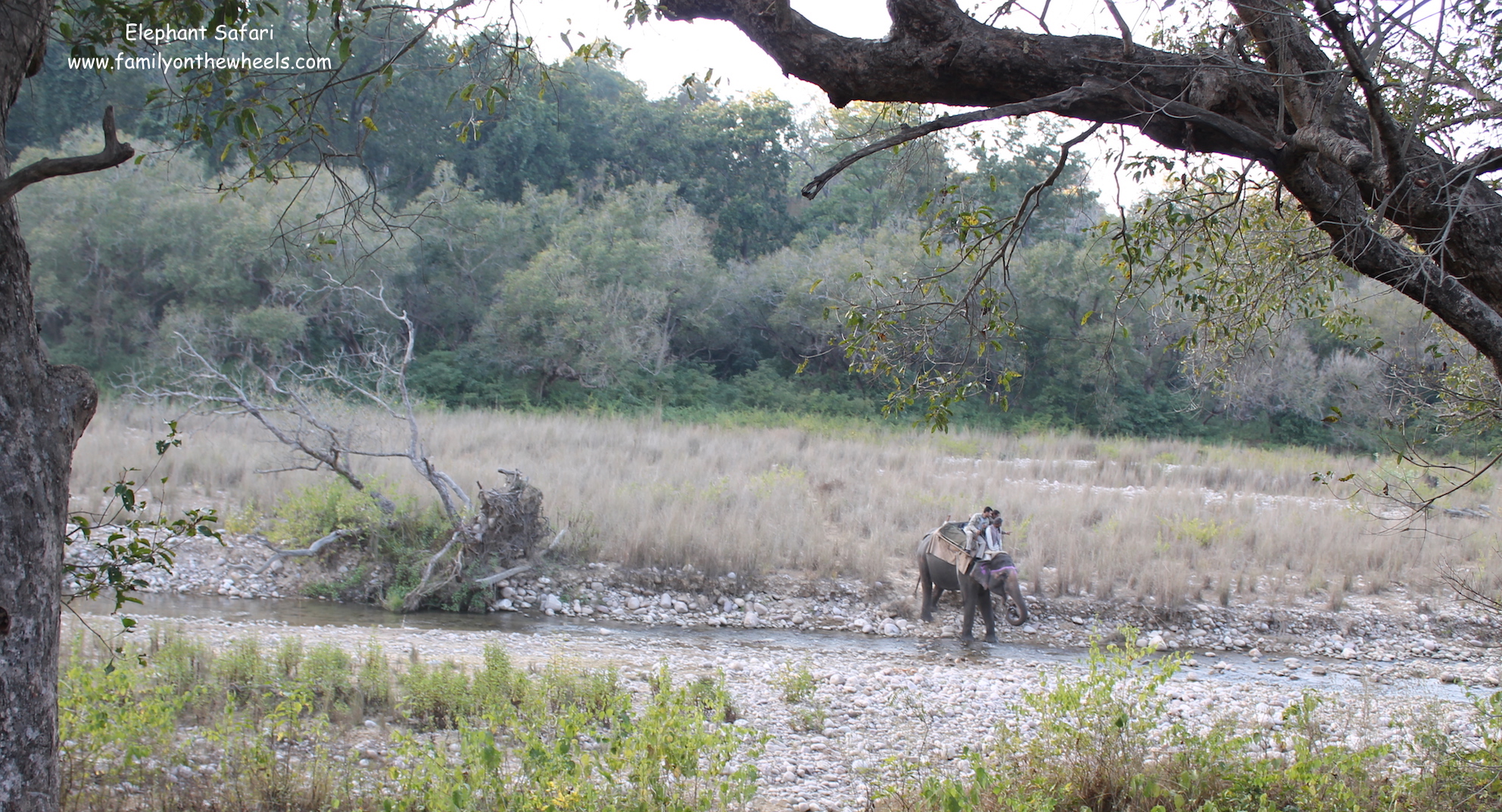 We need to admit that this elephant safari should not be missed for the thrill it entails. The heart throbs and eyes gaze and mind panics when our Elephant moved deep into the forest. Those are the regions where no gypsy can go because that’s no pathway for vehicles. As we moved she removed grasses, ruptured huge trees. All we could see was just huge trees, foliages, water streams. The sudden ups and downs, moving on seasonal river with the possibility that one could encounter wild from any side of dense bush was fanatic. Mahout (elephant trainer)had seen the cubs with the kill (sambhar) that day morning so he decided to take us there. What we saw there was the remains of the sambhar deer. His bones, the flesh spreaddened around signified that cubs & their mother had not let much kill left over. So we were thought that the family must have moved after finishing their food. For the first time we saw a live kill and flesh left over!

Nonetheless, this elephant ride itself was not less than an adventure. We enjoyed that for around 2 hrs, spotting few more birds, beautiful owls, exploring the deeps of the jungles, before the time to pack the bags came!